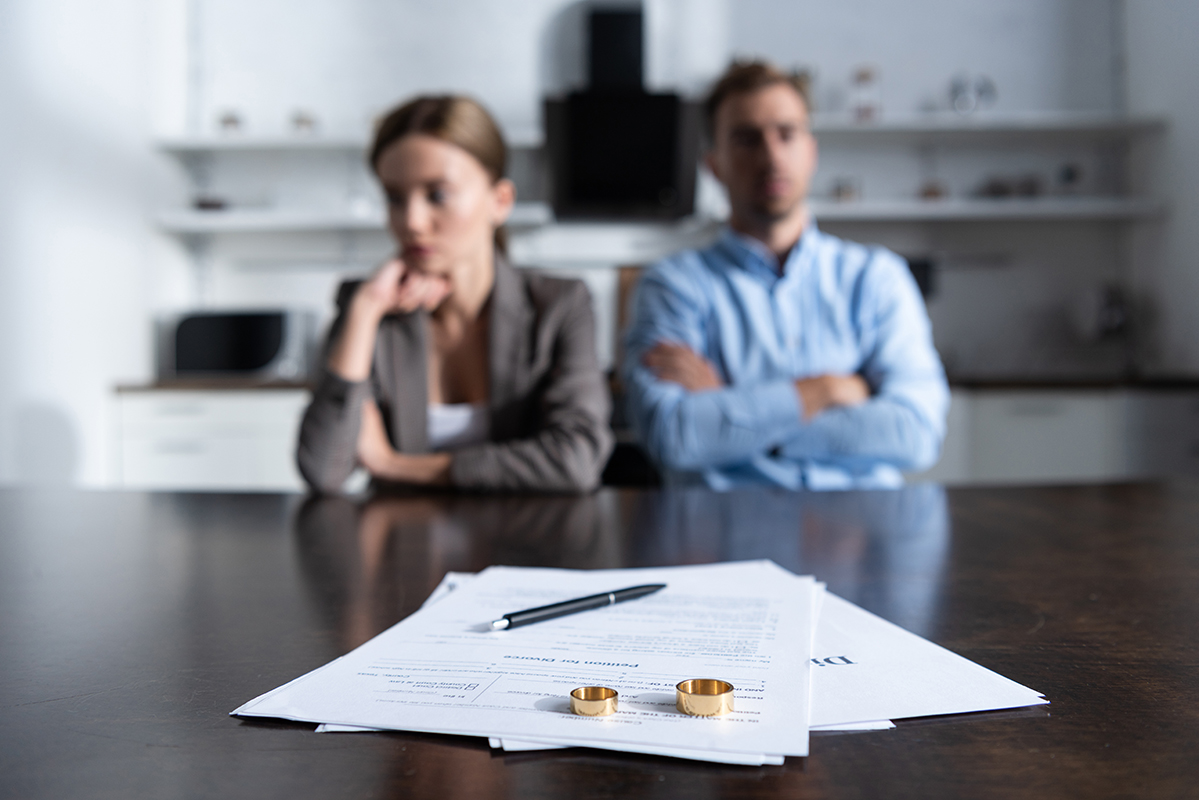 The Tennessee Divorce Process: How Divorces Work Start to Finish

The Tennessee Divorce Process – The Complaint

How Divorces Work Start to Finish In Tennessee, filing a “Complaint” begins the divorce lawsuit process. The person who files for divorce first is Plaintiff. Sometimes this is called a Petition for Divorce. Tennessee requires that certain statistical information be disclosed in a Complaint for Divorce. The Certificate of Divorce, a form processed by the state of Tennessee, must also be filed. After the Complaint is filed, the Clerk of Court issues a Summons. For a lawsuit to begin, both the Complaint and Summons must be served on the other spouse, which is usually done by a Sheriff’s deputy.

Answer and Counter-Complaint for Divorce in Tennessee

The next step in the legal process is the Answer and Counter-complaint. In most Tennessee divorces, the recipient of the Complaint for Divorce will answer and file a counter suit. The counter suit, called a Counter-complaint, is in essence the same thing as a Complaint, but against the original Plaintiff. The Answer will usually deny all allegations in the Complaint and ask that the Complaint be dismissed. The Counter-complaint will generally ask for relief similar to that requested by the Plaintiff. Most divorce Complaints allege no-fault grounds, irreconcilable differences, and fault grounds (the “fault” most often being inappropriate marital conduct). Even though a Complaint may allege inappropriate marital conduct that doesn’t mean that fault will become a central issue in the case or that the divorce will be contested. There are legal reasons for including certain allegations and requests for relief which may or may not be likely to succeed. For example, a parent who files for divorce may not actually be seeking custody of a child but may request child support from the other parent. In almost all Complaints and Counter-complaints, lawyers include requests that the Court order every possible relief even if the requested relief is not realistic. This isn’t an attempt to intimidate or embarrass the other party – it’s just routine. When a Complaint is filed, if a party alleges fault grounds (usually inappropriate marital conduct), a temporary injunction will be issued automatically without independent judicial approval. This “Automatic Injunction” (sometimes also called the “Mandatory Injunction”) prevents the sale or transfer of certain assets, prevents the dissipation of marital funds, and enjoins (prohibits) one party from threatening physical harm against the other and from harassing him or her. The Automatic Injunction is effective against both parties at the same time. Make sure you understand the terms of the Automatic Injunction because there are consequences to violating the injunctions.

Interrogatories:
If the parties don’t immediately begin settlement negotiations, the next phase of the lawsuit is called discovery. Discovery commonly begins with the filing of Interrogatories (written questions that must be answered under oath), and a Request for Production of Documents (requiring the other party to provide certain documents). The answers and documents must be produced within 30 days. Other forms of discovery include depositions, subpoenas, and Requests for Admissions. The discovery process can be short and inexpensive or lengthy and very expensive. The extent of discovery usually depends on the size and make-up of the marital estate. For example, if one of the parties owns a business which has many employees and produces significant income, the other spouse will most likely hire an expert to review the books and records to determine the company’s value. Performing a business valuation can be one of the most expensive aspects of any divorce. In some divorces, the parties agree to exchange discovery informally, without using the formal legal system. This can reduce costs significantly, but does require that there be some level of trust to honor the informal agreement. One reason a lawyer may advise against proceeding with discovery informally, even though it saves money, is that the documents produced by an opposing party will not be produced under oath. Answering interrogatories under oath means that the person answering the questions is swearing to tell the complete and full truth and is subject to the criminal penalty of perjury. Most divorcing spouses aren’t willing to commit perjury, and risk prison, to gain an advantage in a divorce. Further, if one spouse lies or omits assets under oath during the discovery process, the other spouse can use that lie or omission to allege circumstances sufficient to undo the divorce because he or she relied on the misstatements or incomplete production of documents.

Depositions:
Depositions are another common form of discovery. An advantage of a deposition is that your lawyer will be able to view your spouse live and in action, seeing a “performance” similar to what might occur in a courtroom at trial. Further, in interrogatories and requests for production of documents there is often the need for follow-up questions, but that’s usually not possible. At a deposition, a lawyer can ask a follow-up question right away.One important disadvantage to the deposition process is that it can be very expensive. During the deposition, at least two lawyers will be billing time, in addition to the court reporter’s fees for attendance and transcription. It’s not unusual for a lawyer to spend at least twice the number of hours preparing for a deposition than he or she spends actually taking or defending a deposition.Depositions may take place before or after mediation.

Children in the Tennessee Divorce Process

For Tennessee couples with children, divorce creates a new set of parenting challenges. Some aspects of the parent-child relationship will change, hopefully for the better. In Tennessee, divorcing parents must attend a four-hour parenting-through-divorce class before a divorce is granted. This class emphasizes many important principles divorcing parents need to learn and apply, including the important point that it’s the parents who are divorcing — not the children. Courts can use several methods to obtain information about the parents and decide which parent should assume the role of primary residential parent. A court can order an independent child custody evaluation by an experienced and independent court-appointed forensic psychologist. Normally, the evaluation will include mental health evaluations of the parties. Custody evaluations by psychologists are expensive and will normally be ordered by the court only upon allegations of mental illness, drug use, or emotional abuse. The American Psychological Association has issued guidelines for its members who conduct these evaluations, which can be helpful to read if your case involves a custody evaluation. Usually, the independent court-appointed forensic psychologist will conduct psychological testing on the parents (and possibly the children), interview the children, and also write and issue a written report. The psychologist usually also testifies at trial. A party may also hire a forensic psychologist as an expert witness to support his or her position. Most often this occurs if one party says the other has some form of mental illness. The accused parent can consult with a psychologist to have that psychologist form an expert opinion to refute the allegations against and defend his or her ability to act as primary residential parent.One of the most difficult and problematic, but common, situations arises when the children are the only witnesses to a parent’s violent, destructive, or offensive behavior. Often, the children’s testimony would be the best evidence to demonstrate a parent’s poor behavior. There are few experiences more traumatic for a child than to be asked a question where the answer will hurt one or both parents. A child should only be called as a witness if there is no other way to prove what the child has witnessed.

Many divorcing parents mistakenly believe that at some age a child has the right to decide with which parent to live with. That is false. In Tennessee, the rule is that if a child is 12 or older the judge may hear the child’s testimony about his or her preference for primary residential parent, either in the courtroom or in the judge’s chambers. No judge will allow the preference of a child alone to determine who gets custody case. The amount of influence that the child has revolves around several factors. The age of the child, maturity of the child, reasonableness of the child’s request, and the reason that the child has for their preference. The judge must always consider the best interest of the child. Unfortunately, one of the most common abuses of the divorce process is using the children as pawns – raising custody and visitation issues to gain an advantage in financial matters. These tactics unnecessarily increase the tension in the family, which inevitably hurts the children and makes settlement much more difficult. If the judge interprets these tactics as an attempt at vengeance, the consequences can be devastating. Judges use common sense in evaluating a party’s parenting practices during the divorce process. Most judges believe that violating these common-sense parenting rules demonstrates that the parent was either unwilling or unable to exercise good judgment.